Fundamental Mistake #3: Failing to Craft a Story and an Area of Expertise 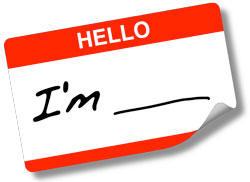 Aside from high test scores and grades, only one thing matters to colleges: specialization.

No college is interested in a student who is “pretty good at lots of different things.” Colleges want to stuff their rosters full of EXPERT SPECIALISTS who can dominate their own fields and add to the college’s renown.

Colleges want superstar athletes, award-winning writers, head editors of school newspapers, class presidents, mathletes, renowned instrumentalists, patent-owning scientists, and any other type of student with a clearly identified area of mastery and a story to match it.

If your child is a “pretty good athlete” with “decent grades and test scores” who is on a couple of different clubs (but doesn’t run any of them), does community service some of the time, and is “somewhat interested in both business and computing” (but has never actually done anything to pursue those interests), he has a roughly 0% chance of getting into a top college or university. 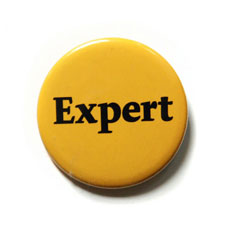 Colleges aren’t looking for mediocre “Jacks of all trades” – they’re looking for a dream team of “Jacks of one trade” that they can assemble into an all-powerful graduating class full of millionaires, celebrities, and big donors.

Here’s the really big issue: developing a specialty takes time. You can’t just “decide that you’re a specialist.” Actions, experiences, and qualifications speak louder than words. If you fake a specialty, colleges WILL sniff it out, and you WILL NOT get in.

You need to start developing your specialty TODAY.

If you can’t fill this blank, your chances of college admission are virtually non-existent:

It does not matter WHAT your specialty is so long as you have one. I tutored a girl whose specialty was manga drawing. She drew pictures for random Japanese comic books. But she was awesome at it, was the president of the North American chapter of her online manga community (with millions of members), and had been making money selling her illustrations of dragons and comic book slides. She got into Princeton. I hope this emphasizes my point – it doesn’t matter what you’re into – but be into SOMETHING!

Here’s the other issue:

Even if you do have a well-developed specialty, you are going to fail unless EVERY facet of your application reflects that specialty! This is where “crafting a story” comes into play.

You can’t just say that you’re “an excellent writer” – you need to prove that you are. You do that with As in English, published papers, experience on the school newspaper, fantastic essays, writing awards won, and an application to a school with a fantastic writing program.

This is what separates winning applications from losing ones.

By this point, you should realize that there’s a significant amount of work to be done if you want to craft a strong application that appeals specifically to your target schools.

You can’t just pick schools because they’re “good” – they have to want your type of student.

Yet we’re not done. Just because you prove that you’re a good fit for a school doesn’t mean that they’ll accept you, for one very important reason:

Schools won’t let you in if they don’t think you’re going to attend.

Which brings us to the next (and perhaps the most common) application mistake: not proving interest in the schools to which you apply. And for that, we move on to the next section!

Section Summary: You need two things to get into a great college: strong metrics, and a well-crafted, specific area of expertise. Don’t be a jack of all trades – figure out one area where you’ll excel, then go all-in. If you have strong scores and grades, and one well-defined skill that you can bring to the table, you’ll get accepted.
[donlin_cta] [shareaholic app=”share_buttons” id=”23825847″]
Continue to Page 5: Prove Interest >
Table of Contents: